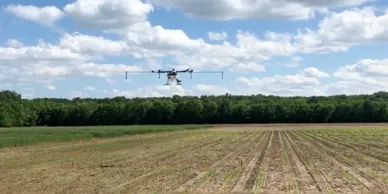 Rantizo has received approval by the Federal Aviation Administration (FAA) to conduct spraying applications via drone in agricultural fields. This makes the agtech startup which is based in Iowa City, Iowa, the first and so far only company in the state with such approval.

“Our drone technology had been ready for a few months; we just needed the regulatory landscape to get sorted out,” Rantizo CEO, Michael Ott said in a news release. “Building the technology is the easy part,” he continued.