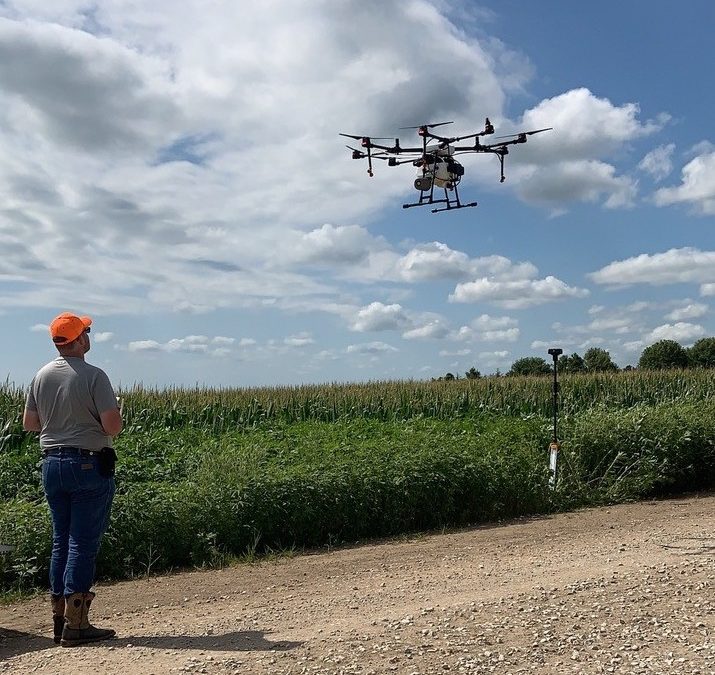 Rantizo’s agricultural drone system wasn’t something you normally saw at a farm show at the time. So it naturally caught John England’s eye just down the aisle from the Pinnacle Group booth during the 2019 Iowa Power Farming Show. Little did he know that chance proximity to the new agricultural drone company would lead to a relationship that’s starting to solve existing problems and open up new opportunities for the agronomist and his team at Pinnacle.

“We got to looking at their system and it looked interesting, so we followed up with them, went to a couple of demos and meetings and realized it had a lot of potential for different aspects of our work,” England said.

Pinnacle provides farmers agronomic service and environmental consulting work around Iowa Falls, Iowa. After becoming a Rantizo application services contractor by purchasing Rantizo’s system, completing training to learn how to operate it and fulfilling necessary licensing requirements with the Rantizo team’s help, Pinnacle created an aerial services division, starting with corn fungicide field trial applications in 2020. While the Rantizo system met England’s initial needs for an efficient way to apply the product on a relatively small number of acres in a field trial environment, the application itself became part of the testing process. And in part because of the continuous business relationship the Pinnacle team now has with Rantizo they’ve been able to share the results of those trials and the Rantizo system’s performance with customers curious about the efficacy of a drone for such applications.

“In addition to the performance of the fungicides, we looked at how the drone compares to a ground rig or airplane, then got a feel for the cost-efficiency,” England said. “From the data we got back, the drone was just as competitive as either other type of application as far as crop yield response.” 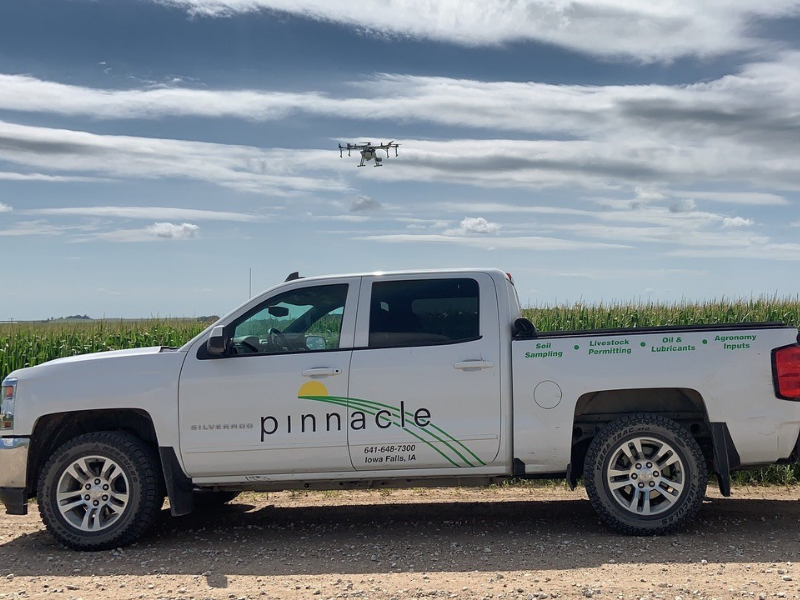 In the short time the Pinnacle team has operated as Rantizo contractors, England said he’s seen initial interest as an alternative to conventional aerial applications by either plane or helicopter. Though most initial customer interest has been for smaller or irregularly shaped fields, he anticipates it being a viable option in larger fields, especially for issues like knocking down weed or pest outbreaks that would otherwise be cost-prohibitive or difficult to treat with conventional methods.

“A good majority of our customers see the Rantizo drone system as more of a spot spray-type of scenario. I think that’s probably really the most ideal scenario for it given the efficiency in pinpointing specific areas to spray,” England said. “A good majority of questions from customers stem from general curiosity as well as some specifics about things like application rates or application widths. It’s still new enough yet that its full capabilities are not widely known.”

A range of possibilities starting with corn fungicide

Some of those additional potential applications include interseeding cover crop seeds into cash crops or seeding crops in problem areas to help stave off weed pressures in prevented-planting situations. Alongside the development of new crop fertility products, England also sees the potential to help provide more balanced crop fertility in areas where that’s been historically difficult.

“We’ve discussed using the Rantizo system for seeding soybeans in ponds or drowned-out areas just to get some kind of plant cover in there to help with weed suppression. If you have a really highly concentrated nitrogen product, you can apply it in those wetter areas where the applicator maybe had a skip,” England said. “We can fix band-aid spots that maybe got missed completely with initial applications.”

These types of applications of the Rantizo agricultural drone system do face hurdles relating to capacity and the advancement of necessary related technology. Though the system offers considerably more precision with applications than conventional methods, England said the capability of collecting and managing the realtime data on which those applications are based has a lot of catching up to do.

“Because of its capacity at this point, a drone isn’t going to be able to cover the acres a ground rig or plane can right now, but of the acres you are going to cover, it’s going to do a good or better job because of its improved application speed and distance to the crop. If it’s all GPS-referenced, set up to run autonomously, the precision of application is far superior to every other type of application right now, I feel,” England said. “The imagery and processing portion is still kind of limited in actually being able to collect and process images to pinpoint trouble spots in a field. If we can get more headway made on those logistics, or the capability of processing imagery quickly enough to be able to make targeted applications immediately, we will make major strides in what we can accomplish.” 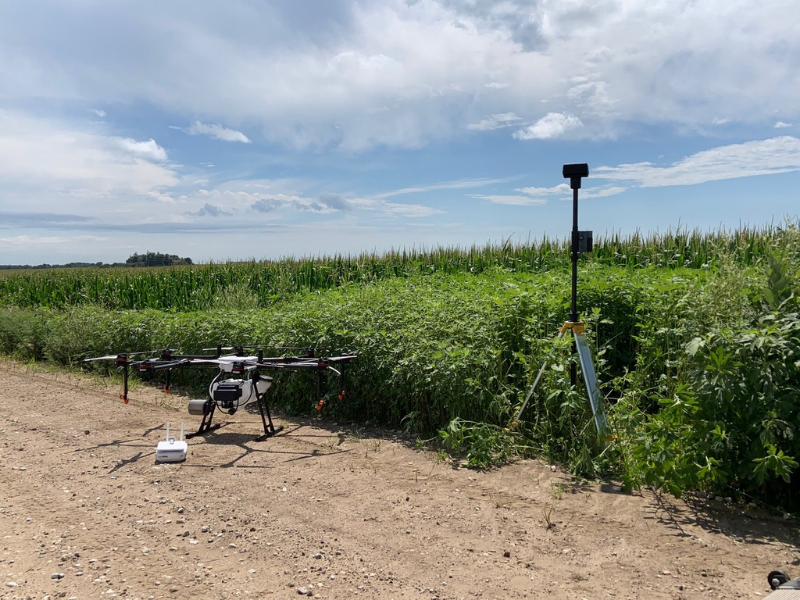 Moving into the 2021 crop year and beyond, England anticipates continuing to apply product in corn fungicide field trials, ultimately expanding into commercial applications given the familiarity with the job already building among farmers in the Pinnacle Group service area. At the same time, Rantizo will provide a new way for the Pinnacle team to get attention from existing and potential new customers, ultimately contributing to improved visibility of the company’s services and ultimately, business growth. In this way, England sees the Rantizo agricultural drone system similar to the evolution of precision ag tools and their subsequent adoption among farmers.

“There’s nothing like Rantizo in this area right now. Farmers are definitely curious and it’s fueling a lot of coffee shop talk. Adoption will come with time. Right now, it’s important for us to get out there, show what the system can offer and learn its capabilities together with our customers,” England said. “Yield monitors have been around 30 years, we’ve watched them progress and they’ve helped farmers make better decisions, be more efficient and get better returns on their technology investment. That same process will happen soon for drone systems like Rantizo’s.”

Want to learn more about how to bring Rantizo to a field near you? Contact us.