GoodFruit Grower: Airblast from Above 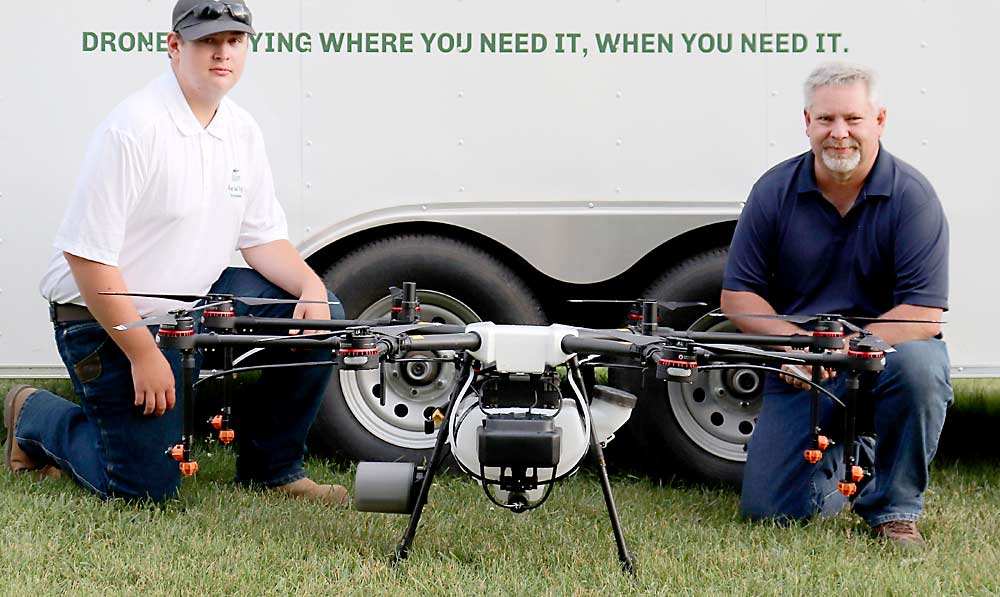 Drones can now be used to spray crops in Michigan. The state government approved the practice last summer.

Spraying pesticides via drone has potential in a lot of crops, including fruit. But the practice is new, and few in Michigan have done it. Mike Reinke, a Michigan State University integrated pest management educator for fruits and vegetables, is seeking funding to study the efficacy of drone spraying on specialty crops.

As of January, one company had met the state’s licensing requirements to spray crops with drones in Michigan, but other companies plan to seek certification, Reinke said.

Kirk Babcock, owner of Aerial Ag Technologies in Southwest Michigan, is an application services contractor for Rantizo, an Iowa company that’s licensed to use drones to spray crops in Michigan. Rantizo allows contractors such as AAT to spray under its name and license, he said. (…)