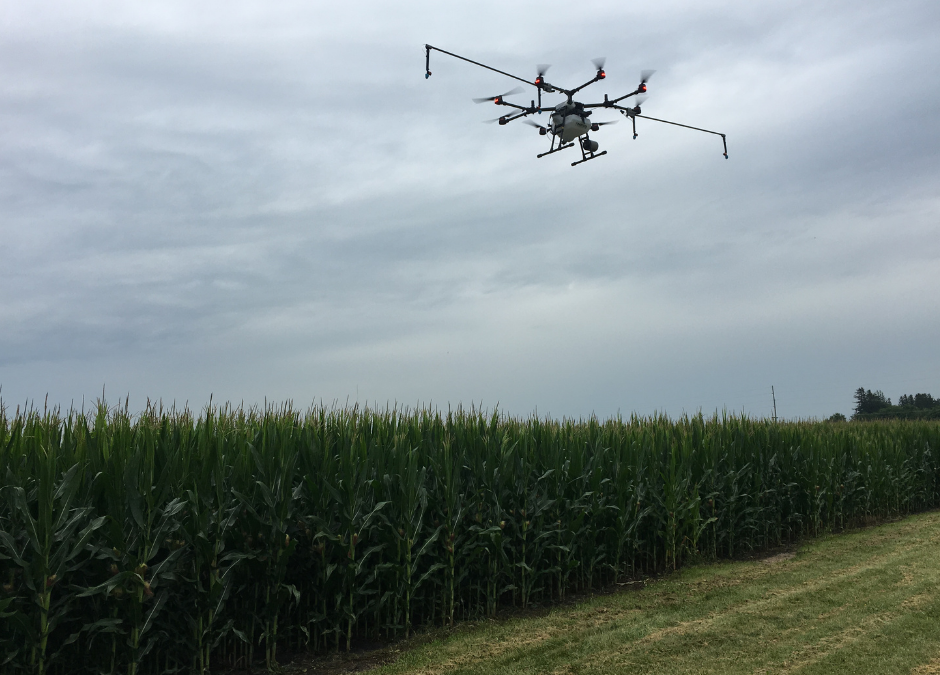 The last two years have seen a whirlwind of industry-changing drone regulation. An increase in drone testing and usage across a variety of industries in response to the coronavirus further called out the need for enhanced regulations. But what are these new regulations and their resulting implications? We’re covering that today as we breakdown new drone regulations, timelines for implementation, and answers to common questions related to the subject and how Remote ID affects agricultural drone spraying.

First things first. What are the new drone regulations?

In 2019, the LAANC (Low Altitude Authorization and Notification Capability) rules were finalized. With this milestone complete, the stage was set for the release of new rules that further integrate Unmanned Aerial Systems (UAS) into the National Airspace System (NAS). These new rules, dubbed “Remote ID” were released towards the end of 2020.

At a high level (no pun intended), Remote ID rules will require all drones to broadcast identification and location data. While there are nearly 500 pages to sift through related to Remote ID rules, you can find a shorter executive summary here.

Other rules enacted at this same time cover drone flight over people and night flight. Find the executive summary of those rules here.

While the new rules are not too complex, all drone pilots should be familiar with them.

First, let’s take a look at answers to common questions around Remote ID:

What is Remote ID? (RID)

RID is a system on a drone that generates a unique message that is broadcast from the drone at all times. This message can be read by other nearby.

How will RID be accomplished?

The RID broadcast system can be manufactured into the drone or can be an aftermarket module that affixed to the drone. Since the laws and technology requirements around Remote ID are brand new, no drones currently have RID systems built-in nor have any aftermarket modules been developed. RID modules will utilize Wi-Fi, Bluetooth, or other technologies compatible with common handheld devices such as smartphones.

Once a drone is equipped with an RID system, does that mean someone can identify me by my RID broadcast?

The RID broadcast message will include:

Note that only a law enforcement officer or similar government official with the appropriate access would be able to cross reference the serial number in your RID broadcast with your registration name in the National UAS registration database.

ADS-B is a technology that exists for larger UAS or manned aircraft. The ADS-B message, which is emitted from a high-power radio transponder, can travel over 100 miles. ADS-B messages are similar in form to RID messages but are intended for aircrafts that are flying higher and faster. The new RID rule amends part 107 to prohibit ADS-B transponders on drones operated under part 107 unless you have a special exemption from the FAA.

Does RID require an internet connection?

No internet is required for any RID system to perform its required duties. The provision of the law requiring internet connection was removed due to the drone industry’s lobbying efforts, including a strong push from Rantizo. This is a crucial consideration to note given lags in current rural broadband infrastructure and connectivity.

Are there any instances where you can fly without RID?

There are special zones called FAA Recognized Identification Areas, or “FRIAs” for short where RID is not required. FRIAs are special areas that must be approved by the FAA through a lengthy application process. These zones are reserved for drone racing clubs, schools, etc., and generally would not be relevant to agricultural drone spraying applications.

Will the part 107 test be affected by these new rules?

Yes. Tentatively beginning April 6, 2021, the two-year recurrent drone test will be offered for free online. Testing content has also been revised to include questions related to nighttime drone flight. Once the updated tests are officially released, re-certification will be allowed through online testing.

Do the new RID rules affect equipment requirements beyond the system integration itself?

Yes. A small light affixed to the top of the drone will be an additional requirement for nighttime drone flight. This light must be visible up to three statute miles and should strobe fast enough to aid in collision avoidance.

Hopefully now you have a better understanding of what exactly the new RID rules will entail and how Remote ID affects agricultural drone spraying.

It’s natural to wonder when all of this will take effect. We’re glad you asked! The good news is that the changes related to these new RID rules are not required to happen overnight.

Here’s a timeline that denotes several key milestones in the Remote ID implementation process. Since these rules are all new, note that these dates are an approximate estimation and are subject to change.

This new rule uses available kinetic energy in the system to categorize drones. It places all drones into one of four categories.

Categories 1-3 range from very small toy drones to something about the size of a DJI Mavic. All other drones fall into Category 4. With Category 4 drones, the energy requirement is removed and is replaced with an airworthiness certificate requirement. Up until now, the FAA has never issued airworthiness certificates to drones operated under part 107.

It’s clearly an exciting time in the drone industry! New rules are not always a bad thing and in this case they help facilitate progression for drone use across all sectors. We believe that the new RID rule is a key step forward in safely integrating drones into the NAS and look forward to continued advancement for drones for agricultural spraying and beyond.

Have more questions about regulations around drones for agricultural spraying? Make sure to check out our FREE Guide to Agricultural Spraying.