Navigating Regulations For Drones In Agriculture 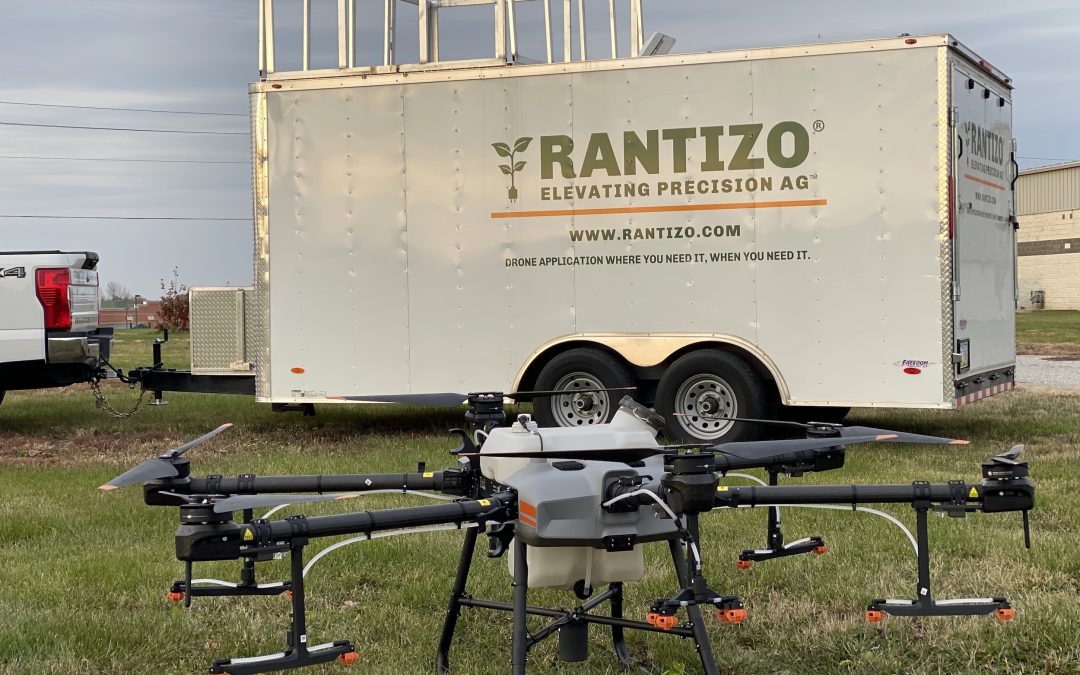 When agricultural drones went from simple crop scouting to more advanced uses like herbicide, fungicide and insecticide application just a few short years ago, the regulatory environment quickly became much more complicated. Laws written decades ago by the Federal Aviation Administration (FAA) to regulate aerial application via planes or helicopters have served as the basis for regulations around drones in agriculture today. And while these laws and regulations are slowly evolving to match the new technologies available for farming operations, keeping up with the new rules of the sky can be complicated and even prohibitive to those who want to build their businesses around application drones.

The challenge for regulators is twofold. First, to adapt old laws and regulations that never imagined drone technologies in agriculture. And second, to keep up with the approval process for new drone platforms and technology that is advancing more quickly than industry regulators can test, review and approve.

The big step for drones in agriculture: From scouting to application

From a regulatory standpoint, there’s a big difference between flying a drone to take pictures or conduct crop scouting and using a drone for pesticide application. The former requires an unmanned aircraft small (UAS) 107 license from the FAA, demonstrating that the operator understands the regulations, operating requirements and safety procedures, including completing required training every two years. In general, this can be completed with some preparation and a few hours of study.

Regulations for drone applications like custom or commercial agricultural spraying, on the other hand, are much more complicated. First, you need the pesticide license from your state that allows you to practice as a commercial applicator. Additionally, the FAA requires you to get an exemption for carriage of a hazardous material by air. You then are required to get a 137 certificate from the FAA that allows you to safely spray chemicals over crops from the air.

After that, there’s still regulation regarding approved drone equipment (platforms). These too need to be approved by the FAA before they can be operated in the National Airspace System (NAS). Drones 55 pounds and above, such as the DJI Agras T-30, need FAA approval to be flown in U.S. airspace. And, while the FAA has done a good job reducing red tape and relaxing or changing obsolete aviation laws, it has been more difficult to keep up with the production of new and improved drone equipment and platforms. With market demand quickening the pace of product development, this creates challenges. 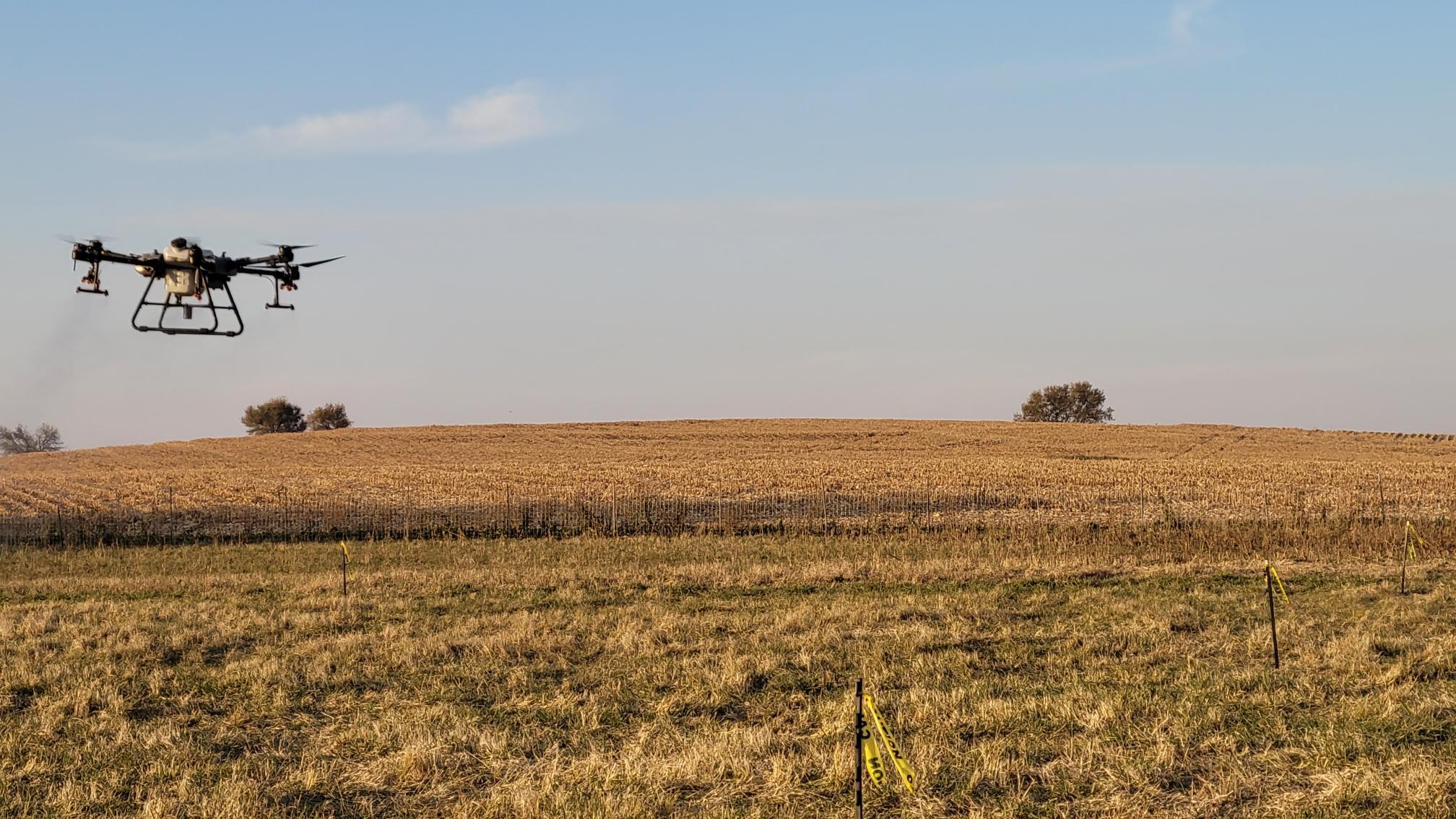 Rantizo became the first company approved to legally fly the DJI Agras T-30 drone for agricultural spraying in November 2021. This required special exemptions from the FAA for flight of a drone above 55 pounds.

“As a member of a number of organizations that target the drafting of common-sense legislation, we help guide legislators in drafting new laws that replace antiquated regulations that no longer make sense in the drone space.” says Beau Brown, Rantizo director of special projects. Brown is responsible for learning, influencing and staying on top of all regulations around drones in agriculture.

“For example, the FAA used to require any pilot to wear a seat belt,” says Brown. “But when the pilot is piloting a drone from the ground, that didn’t make sense. Also, regulations required documents to be carried onboard the application vehicle. But with drones, you’d obviously prefer to leave them in the vehicle you used to drive to the field. So, the government is starting to unwind these laws that don’t align with the times we live in. Fortunately, for the most part, the regulations for drone application don’t vary state-by-state too much. Most states concern themselves with the application licensing and leave the drone regulations to the FAA.”

Brown adds that despite states reliance on the FAA for drone regulations, there are still differences to be aware of between states.

Creating opportunity through a systems approach

Rantizo’s systems approach to business and technology equips individuals and ag retailers who want to start drone application services with everything they need in as little as one week.

“We have a robust training program for new application services contractors,” says Brown. “It’s a lot of screen time, a lot of stick time in the field. We make sure that when they leave here, they can start an operation and run it from start to finish, including setup, teardown and drone assembly. Not only that, but they can do it safely, efficiently, and legally. They leave as experts and with all the regulatory requirements handled. Additionally, we help them build their business by providing a marketing package that helps them promote themselves, and we refer drone application service requests that come through our website. It’s truly a turnkey process.”

Rantizo’s approach also helps its contractor network keep within current legal guidelines and avoid hefty fines from the FAA that can cost rogue independent operators tens of thousands of dollars, if not their entire operation all together. These fines are often the result of using unapproved drone platforms or bigger drones exceeding the 55-pound weight limit without the proper approvals, some of which can take years.

“There are people selling those drones right now, despite the fact they are not legal,” says Brown. “The FAA is out there holding operators accountable, too. Soon, the FAA will be using something called ‘remote ID’ that basically allows them to point a tracker or mobile phone at a drone and identify what it is, who owns it, who it’s registered to, etc. That makes it much easier for them to identify operators who are bending the rules.”

Farmers should protect themselves by hiring legal aerial pesticide drone operators, otherwise they are at risk of the operator making mistakes that could lead to a neighboring farm suing for a drift claim. To do this, farmers should ask three things:

“Drones have proven to be great agricultural spraying machines,” says Brown. “We’re seeing them used everywhere from boutique farms to commercial operations. Everything from commodity grains to vineyards, cranberries and, in some places, marijuana and hemp. We are just at the beginning of an industry that is starting to explode.”

To learn more about the regulations for drones in agriculture, download our Guide to Agricultural Drone Spraying.